IN THE KINGDOM OF AXARIA, a darkness rises.

Some call it a monster, laying waste to the villagers and their homes. Some say it is an invulnerable demon summoned from the deepest abysses of the Immortal Realm. Many soldiers from the royal guard are sent out to hunt it down.

Not one has ever returned.

When Asterin Faelenhart, Princess of Axaria and heir to the throne, discovers that she may hold the key to defeating the mysterious demon terrorizing her kingdom, she vows not to rest until the beast is slain. With the help of her friends and the powers she wields—though has yet to fully understand—Asterin sets out to complete a single task. The task that countless, trained soldiers have failed.

But as they hunt for the demon, they unearth a plot to assassinate the Princess herself instead. Asterin and her friends begin to wonder how much of their lives have been lies, especially when they realize that the center of the web of deceit might very well be themselves. With no one else to turn to, they are forced to decide just how much they are willing to sacrifice to protect the only world they have ever known.

That is… if the demon doesn’t get to them first.

Pianist Coco Ma has a second passion in which she is just as talented – writing. Her first novel, Shadow Frost, is an absolute wonder.

The world Coco Ma has built is reminiscent of Earth, but with magic added. It seems most people have the ability to use magic, each person having at least one magical affinity. The use of stones to assist them with using their magic is an interesting concept and not one often seen.

This novel definitely reads like a seasoned author wrote it, which is amazing for a debut novel. Coco Ma did an excellent job of building characters, the world, the magic system, and creating plot twists to keep you on your toes.

I sincerely hope a sequel is coming as cliffhangers are to be had in this book. I gave this one a solid 5 stars because this debut novel is truly amazing.

I received a copy of this book free from Edelweiss Plus in exchange for my honest review. All opinions expressed are 100% my own. 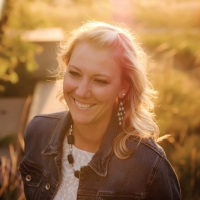 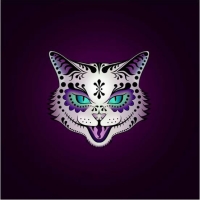 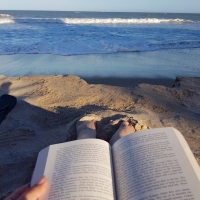